In celebration of Louie’s birthday, we’re announcing the pre-release of his newly revised leadership book with special pricing for our blog readers. [See full description below].

What’s different in this revision? The LOUIE/PAWS model is described in detail in the introduction, and each of the five sections of the book aligns with the model. The chapters are from the numerous blogs we’ve generated over the last three years and relate specifically to the LOUIE model. This book is also endorsed by several business leaders and can be used individually or with a team.

By using this simple model, leaders will make the connection to relationships, revealing the small ways they can be effective and empower their teams every day. The results are more engaged employees and higher productivity.

If you are interested in purchasing the pre-released version of Louie’s Leadership Lessons, I only ask two things; if you see a mistake, please let me know. And please consider writing a review on Amazon. [NOTE: This pricing is not available through Amazon].

HERE’S THE LINK AND DISCOUNT CODE:
Order Book Here
At checkout, use this code: T9DPXS2B

This pricing will last until Monday, April 3, 2017, and you can order books for others. After that, we’ll be making the necessary changes to prepare for the final copy.

Louie and I thank you for being such faithful readers of our blog. We are changing things a bit and will be back in 2-3 weeks with a new format. Louie is quite the busy fellow, and I am blessed I get to tag along with him! 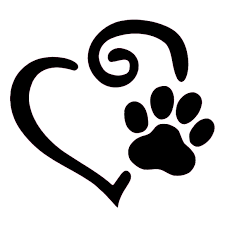 From the unlikeliest of sources—a rescue pup—you can reap decades of leadership lessons and nuggets of wisdom. Louie’s initial fears and bad behaviors prompted his new owner, author Danise C. DiStasi, to use everything she knew about leadership to work it out.

What Danise learned from and with Louie forms the basis for her simple and streamlined leadership model. For a leader in any organization, this approach boils down numerous leadership studies to one understandable formula. With a few changes in behavior, anyone can become a great leader, and any team can produce great work. One example from Louie’s stories is the PAWS method for dealing with issues. As a leader, it is important to respond professionally and appropriately to conflict, thus avoiding acting in a way you will regret. Stellar leadership has a direct connection to relationship building, and it is this wisdom that forms the basis for Louie’s lessons.

With praise from Ken Blanchard, coauthor of The New One Minute Manager, this insightful guide reveals how to truly empower a team. By following this model, a leader can take the first step: investing in and understanding others, allowing a true transformation to take place. ​

Louie and I were looking forward to a very long walk. As we exited the garage, I ran into a neighbor and we started chatting. Louie patiently waited for us to finish with his typical signals: He lowered his head and looked at the person interrupting our time together with an under the brow look and a quick whine. I usually ignore him.

But after a few minutes, I noticed he was alert to something. His body language signaled an issue that I had no clue about. He stood up straight, his ears perked up, and he intently stared in the direction across the street. His awareness is a great tool when we are walking in the dark because he gives me a heads up that someone is walking toward us.

Since I wasn’t paying attention to these visible signs, he began “pointing” by holding his paw up in the air in the direction he wanted me to look. This is a comical stance because as his legs are so short, they barely move when he points; but he did his best.

Louie has a keen sense of discernment and can immediately tell the difference between friend or foe. By his stance, I could clearly tell a foe was approaching. But other than my neighbor, there was no human or canine in sight. Still, he continued to stare and point. Finally, after carefully canvassing the entire community within eyesight, I saw what he was signaling to me. Over the hill of a neighbor’s yard, the tip of a dog’s head was visible with his eyes barely showing. This was not just any dog, but his new nemesis, Oliver.

We quickly scooted across the street and headed out on our long walk to avoid any further distractions. As we walked, I thought of Louie’s incredible awareness and how it ties into his keen sense of discernment. But there is one thing he is lacking in the awareness arena that is key to being an effective relational leader: Self-awareness. Louie has little to no self-awareness; but as leaders, we must develop this essential behavior.

What is self-awareness and why is it such an elusive leadership behavior? According to Merriam-Webster’s definition, it is an awareness of one’s own personality or individuality. To this definition, I would add “flaws and all!” Few leaders practice self-awareness because there is a mindset that says, “Don’t be too introspective; keep moving ahead; don’t be too concerned about what other’s think of you.”

There is some validity in that advice, but as in everything, we need to balance that information. Here are a few characteristics of relational leaders who are self-aware:

Self-awareness is key to our emotional health and the relational health of our team. It is actually freeing when you recognize the areas that are holding you back and release them so that others can step up to the plate and excel in their strengths.

Ask others to assist you in becoming more self-aware. The growth potential for not only you as a leader but for your team as well is astonishing and rewarding by way of a healthy culture and employee engagement.

For now, I am still impressed with Louie’s awareness of his environment. His self-awareness probably extends to his level of insecurities and fears only…but it’s a start!

Monday, March 20, 2017, is Louie’s 5th birthday. My granddaughters decided his birthday should always be on the first day of spring because he is so full of life! Send him an email to wish him a happy birthday louie@di-advisors.com.